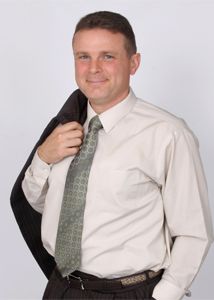 Nick has obtained numerous awards for his dedication and steadfast commitment to his clients. Some include: Agent of the Year Award for the State of New Jersey in 2005; Platinum Status for production from 2005-2016; NJ Circle of Excellence Platinum 2016 and 2017. Juba Team Realty ranked in the top 5 Real Estate Team Worldwide in closed transactions in 2008—ranking 1st in New Jersey, 2nd in the United States and 5th Worldwide.

Nick is a graduate of The School of Business at Montclair State University. His expertise is Marketing and Contract Negotiation. Nick directly handles all seller-side obligation including, but not limited to, advertising, promotion and feedback. Since becoming a Realtor, Nick has personally closed thousands of transactions locally for his clientele. Nick is a Pre-Foreclosure (Short Sale) Specialist and REO (Bank Owned) agent for multiple financial institutions.

Nick currently resides in Oak Ridge with is wife, Sabina, and their three children, Nicholas, Isabella and Alexa.

Nick emphatically thanks his clientele for the opportunity they gave him and hopes you will allow our team to service you!
|
Quick Search
Find My Dream Home
Free Home Estimate
Help Me Relocate